We are here to build up your real audience

WHAT IS DIEGO MUSIC PROMOTIONS?

We’ve been striving for the past 15 years to provide the Best real and organic Music Promotion Services for thousands of artists. Every creator’s goal is to have their music heard by a large audience. We will make it easier for you to build a solid legit foundation of followers and subscribers and have your music heard worldwide. You can easily choose from our social media music promotion packages covering all the main networks relevant in promoting artists. Promote your work to your target audience through YouTube, Spotify, SoundCloud, and Instagram. We will do the hard work necessary to consolidate an audience of real people, with real accounts and following the rules of each individual social network. We are Diego Music Promotions. 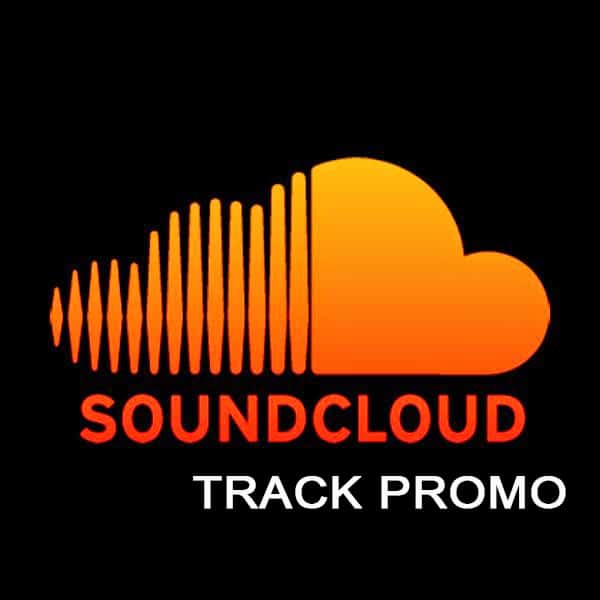 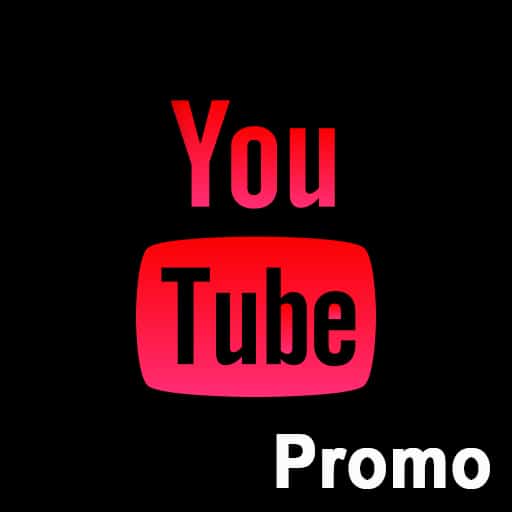 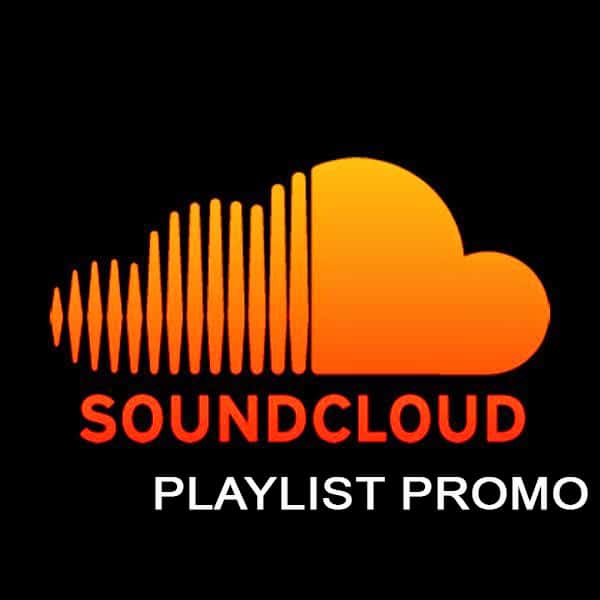 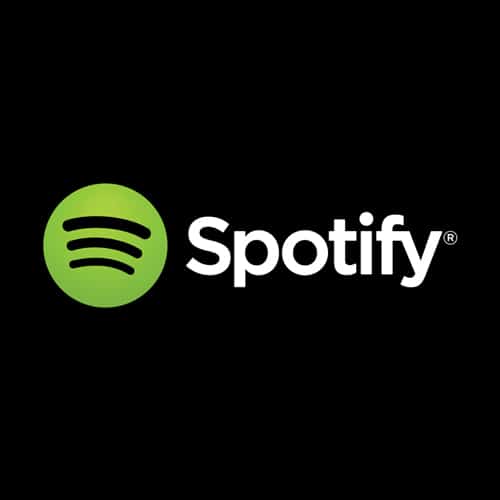 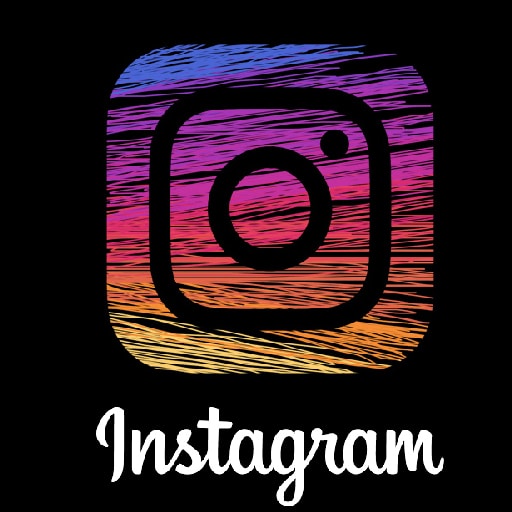 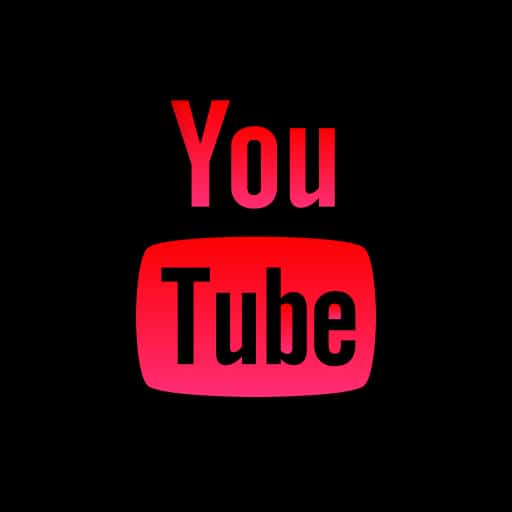 Why You Should Use “Diego Music Promotions” To Promote Your Music?

We have a staunch faith over the fact that customers are an integral part of any business and thus the regard for our customers is always our priority. In the same regard, we never become a financial burden on new or even wannabe singers and ensure that each package plan comes your way ever so affordable. We have the privilege to work with as many as 10,000 clients so far and offering a new sensation to your music career always remained our utmost goal.

The privacy aspect of the clients is taken seriously and we consider ourselves as guardian of it. Despite the fact that we have thousands of satisfied customers, however, in order to put forward a feel of trust & confidence, we offer a refund guarantee in case if you are not happy with end results. Moreover, if you have a question, query or feedback, please do not hesitate to reach us out and we will get back to you as soon as possible,That’s why You Should Use Our Services To Promote Your Music

Chose the package for your project!

All we need is your link to get started.

We use Premium Marketing Techniques to promote your music and gain as much attraction as possible.


You will not be disappointed with our service. Guaranteed plays,views, likes,reposts, followers and comments to boost your music.


1$ starting price makes our service affordable and the greatest value for money to promote your music.


Need fast Support? Our team will always respond to any questions you might have within a 24 hour period.
W

If our team don’t deliver a service within 48 hours, you’re available to a full refund no questions asked.

Music promotion is becoming more challenging by the day. The fierce competition has become daunting and it is no longer just about the quality of music or the composition. Effective music promotion is helping relatively average quality works to go viral whereas superior compositions are not generating enough traction. This is truly the age of marketing and hence you cannot expect your composition to gather steam on its own unless it is spectacularly unique and people take an instant liking to it. Gone are those days when a gem may remain unexplored only to be discovered sometime in the future. There is so much content being produced around the world and shared every day that older works will inevitably get drowned by new creations.

Music promotion cannot be random. Any approach cannot be truncated either. Sporadic attempts at reaching out to more people will not help. Some unplanned moves may help. It is necessary to not have everything scripted down to the minutest intervention but there should be a strategy to dictate the overall approach to music promotion.

It is imperative to consider an omnichannel music promotion strategy. It is not sufficient to use any one platform, such as Spotify or SoundCloud and even YouTube for that matter. It is a prerequisite to use YouTube, SoundCloud, Spotify, Instagram, Facebook, Twitter, iTunes, and Radio if the music promotion strategy has to be effective. The imperativeness of an omnichannel strategy demands professional music promotion services. Unless an individual or a group has reasonable outreach already and they can harness that popularity to take the leap onto the larger stage, one will require music promotion companies to chart the course and help in the quest. One of our best services is Spotify promotion.

Every music promotion tactic cannot have the same objective. Some tactics should be used to accomplish immediate goals. A few tactics should be perennial for a sustained long-term impact. Likewise, there should be some attempts to help productions or compositions go viral. It is indeed possible to plan a viral music promotion. Creators often conceive the content with the intention of going viral with a post, story or production. Music promotion should be approached in this manner in a few instances.

Viral music promotion is necessary for more reasons than one. Instant popularity is definitely a benefit of a song, composition or production gone viral. There is a ripple effect of such popularity. It is true that not every creator of viral content attains lasting fame but the impetus one needs at the time can be easily achieved. Then one can have the sustained music promotion strategy kick in to keep growing the audience and to strengthen the engagement.

Diegomusicpromotions has data-driven music promotion services. Even free music promotion such as generating more views or getting a few likes should be vetted with hard facts. It is not easy to plan music promotion for free but there are some ways to get more exposure and exert improved influence. Music promotion companies that do not work on quantifiable outcomes and fail to use all the channels or mediums are ineffective in this age. Artists should only consider those who specialize in the mediums and the kinds of tactics that are necessary to generate momentum today.

Artists should also bear in mind the quintessential elements of affordability and actuality. Perennial or viral music promotion should not cost a small fortune. The tactics should not be dependent on bots and fake impetus. The best music promotion services will get you, real followers, like from active profiles and views from high-quality users who have some influence on different platforms. It is futile to get bots to increase the following, views, plays or likes. There is hardly any impact on the actual following. Also, fake followers do not help artists interact with the real audience and hence there is no mechanism to generate genuine feedback.

2019 will be the year when most social media platforms will become more stringent with bots. Major sites have already begun a crackdown on fake profiles. Following is taking a hit, there is shadow banning on some sites and suspicious activities are being constantly monitored. Any attempt to sustained or viral music promotion that is powered by fake profiles or bots will likely backfire. Steer clear of such music promotion services and chart your way forward using genuine strategies. 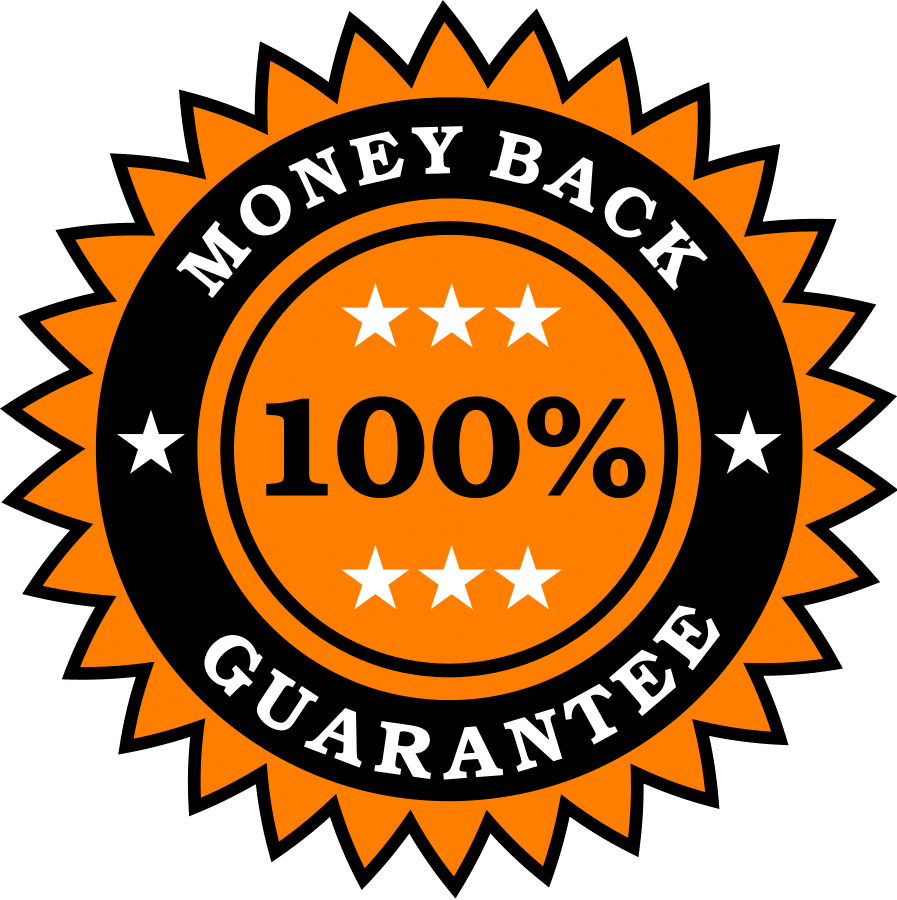 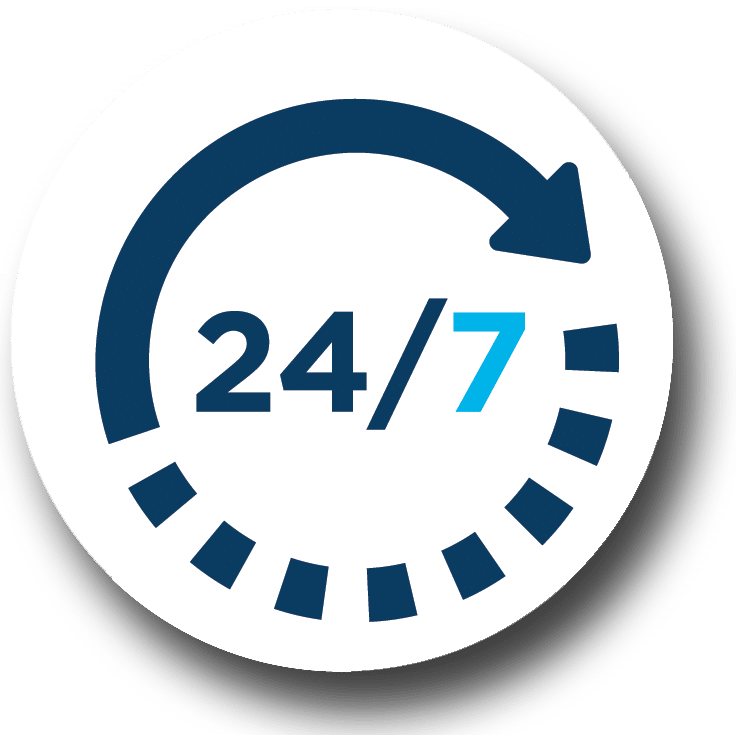 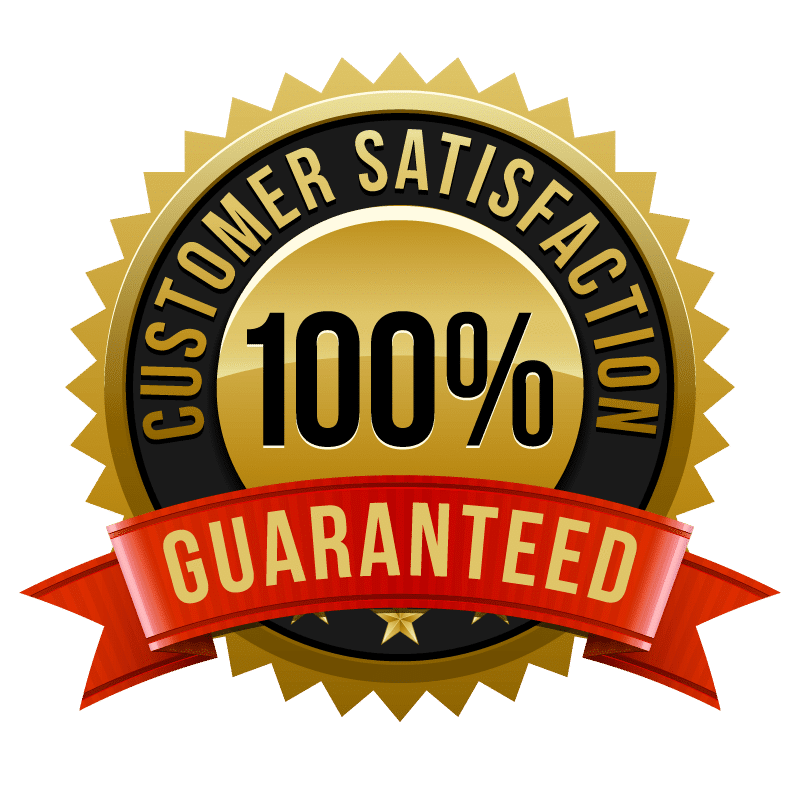 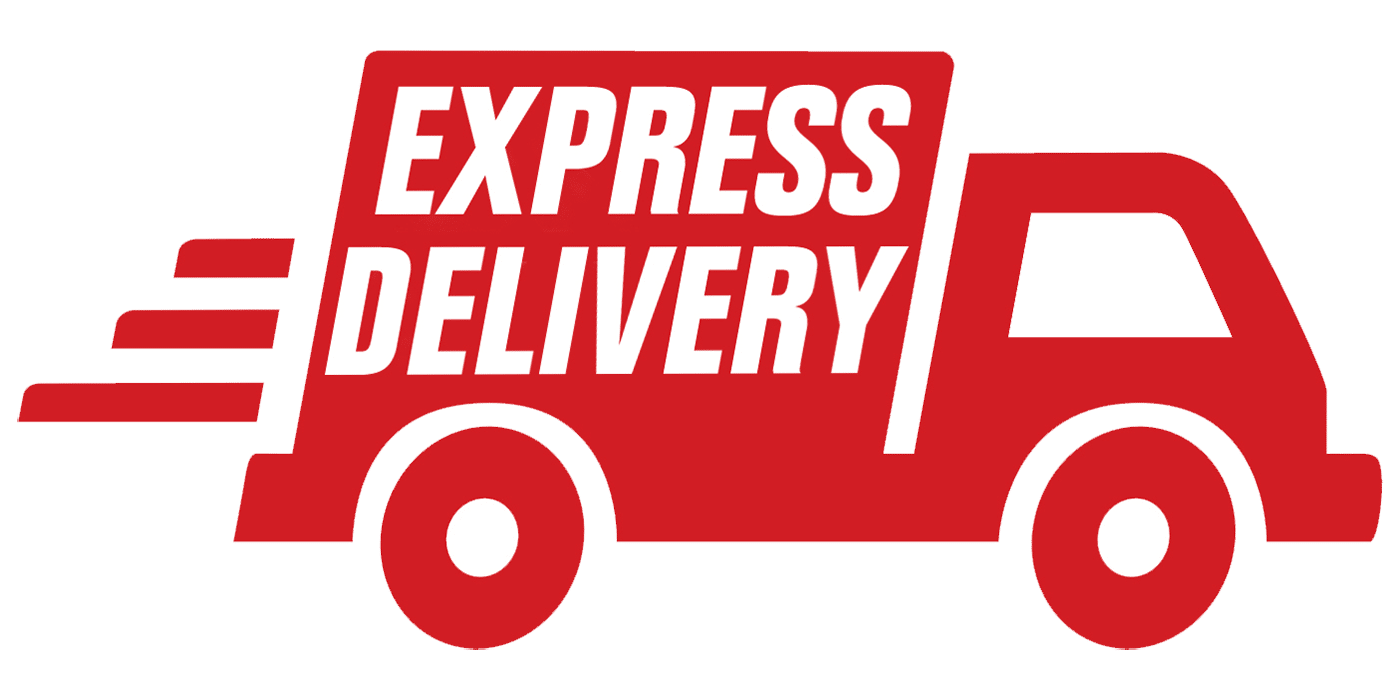